If you wonder how the pandemic changed life for teachers, just ask Georgette Kankwende.


After five years teaching math and reading, Kankwende in early 2020 transitioned to working as a data analyst on an academy campus 40 minutes from her house in Texas.


Then the pandemic struck. Almost overnight, she was called upon to help teachers learn how to teach virtually. “We had to pivot and find resources that we had never used before, and to get comfortable with platforms like Google Classroom, which was very different from how we had learned to teach. And we, as teachers, had to learn the platforms before we could teach the kids.” 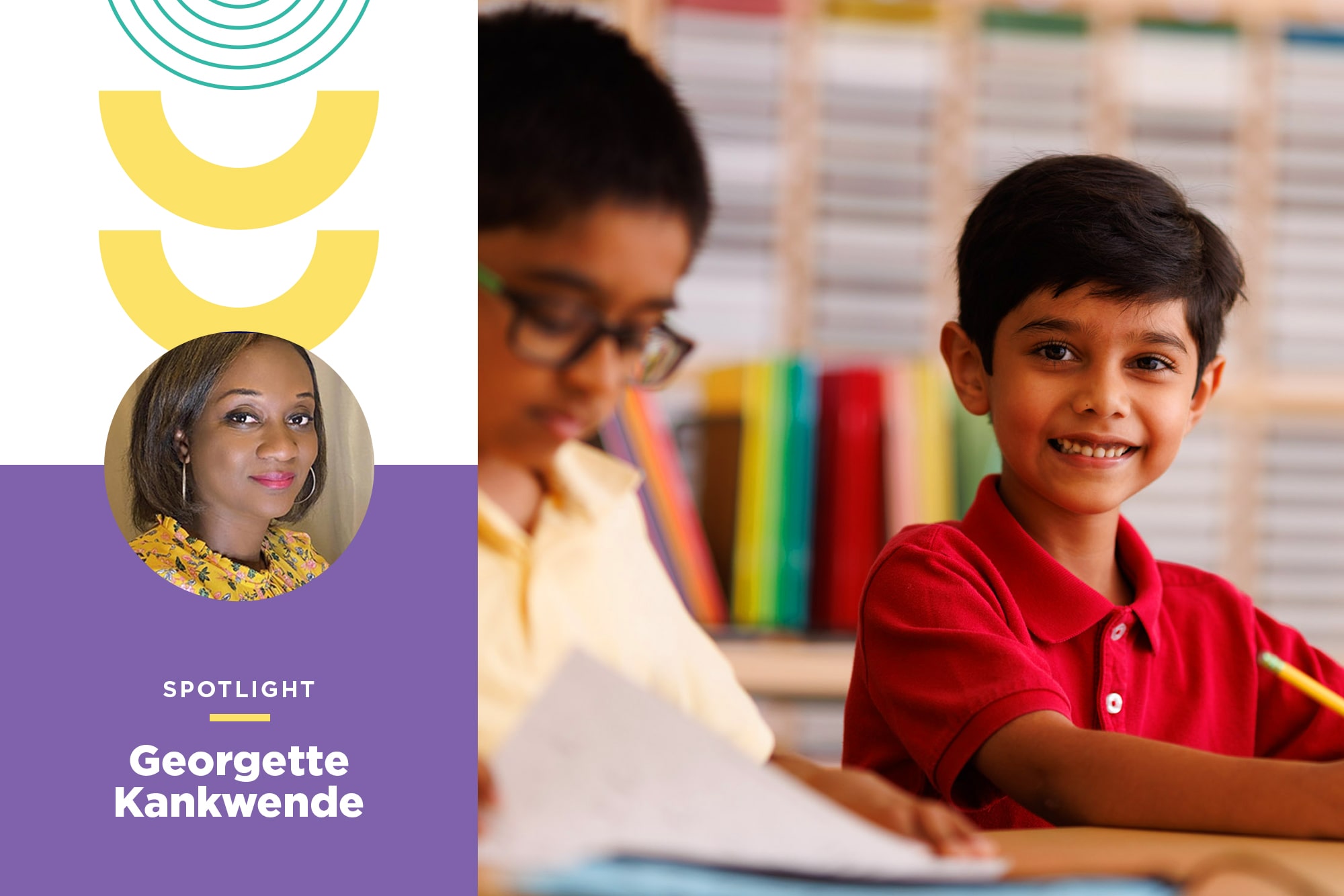 
Meanwhile, at home her 6- and 7-year-old children were struggling with virtual school, and she tried to help them – and their teachers – by homeschooling as much as she could. But she knew her kids needed structure, and so did she. She thought of Kumon. Her children had attended a Kumon Centre as preschoolers, and they had done very well. She enrolled them in a Kumon program online.


“It was a game-changer for all of us,” Kankwende says. “I knew it would keep them on track and help them get ahead.” She noticed their increased confidence, independence and concentration.


She began to dread her long drive to work and the time it took her away from her family. “I wanted something different for myself, too. I wanted to be with my kids more, and to shorten my commute to and from work. Some days, I didn’t get home until after 6. That’s a long time away from my children.”


By June, Kankwende had reached out to a Kumon recruiter to find out about opening her own Centre.


Kumon has been growing rapidly in the U.S. and Canada, even as the effects of the pandemic continue to fluctuate. Kumon North America opened 65 new franchises in 2021 and expects to launch even more new locations in 2022. There are many reasons for that growth, but primarily, it’s because the demand for educational enrichment has increased. In the wake of the educational disruptions of the past two years, parents are not only trying everything to get their kids caught up but also to give them every advantage moving forward.


And because Kumon Instructors are limited in the number of students they can serve without sacrificing customer service or social distancing, increased demand means a need for more centres.


Kankwende knew there wasn’t a Kumon Centre very close to her home, so she asked whether there was room for one near her. Kumon’s research showed her community was in a great market for a new Centre. She opened the Kumon Centre of Fort Worth-Woodland Springs about five minutes from her house in January 2021.


Making a Difference for Kids


“Enrollment has been really good,” Kankwende says. “I could tell in the first three months that there was a need for Kumon in my area, and it really hasn’t slowed down at all. By 2022, we had more than 150 students, with the highest enrollment in August and October.”


Almost every student attends the Centre once per week in person, except for one student who lives 30 minutes away and attends virtually. Kankwende’s centre is the closest to that family’s home.


According to a survey by the EdWeek Research Centre, when asked about the likelihood that they’ll leave teaching in the next two years, 54% of teachers said they are “somewhat” or “very likely” to change careers. Many say they were drawn to teaching because they care about young people – and that is why they stay. For instructors like Kankwende, Kumon gives them the chance to own their own business and also make a difference in the lives of children.


Kumon Instructors have noted that many school districts require students to know the same things they would have been taught pre-pandemic. Expectations have not changed, but the level of learning did.


“COVID and virtual schooling set a lot of students back, and parents are really starting to notice that,” Kankwende says. “School just isn’t enough for some kids. They really need supplemental education.”


Register for an introductory seminar to learn more about the Kumon opportunity.