World’s Largest Education Franchise Also Ranked No. 1 in the Tutoring Category for the 20th Consecutive Year 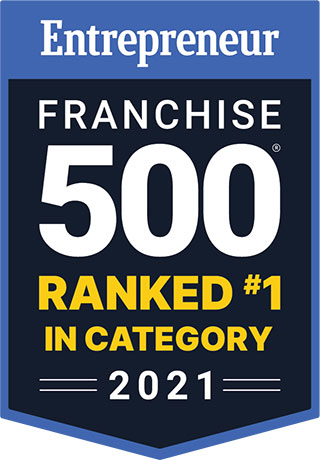 RIDGEFIELD PARK, N.J. (January 19, 2021) – For the first time ever, Kumon North America has been ranked in the top ten of the overall Entrepreneur Magazine Franchise 500® List. Kumon’s overall Franchise 500® ranking of No. 6 is the highest it’s ever received, up an additional six spots from their spot on last year’s list. 2021 is also the 20th year in a row that Kumon has been named the No. 1 tutoring franchise in the Franchise 500® List’s tutoring category.

Entrepreneur Magazine’s annual Franchise 500® Issue is the world’s most comprehensive franchise ranking. Placement in the Franchise 500® is a highly sought-after honor in the franchise industry, as evidenced by the fact that Entrepreneur received more than 1,000 applications this year, making it one of the company’s most competitive rankings ever.

Recognized as an invaluable resource for potential franchisees, the Franchise 500® ranks Kumon as the number one tutoring franchise for its outstanding performance in areas including unit growth, financial strength and stability, and brand power.

“To be ranked in the top ten of Entrepreneur Magazine’s Franchise 500® List for the first time and recognized as the number one tutoring franchise for the 20th year in a row is a testament to Kumon’s commitment to both our franchisees and students across North America,” said John Collins, Vice President of Center Network Development at Kumon North America, Inc. “Kumon takes pride in creating successful, independent learners around the country no matter the setting, and we aim to continue to do so for many years to come.”

Kumon is an after-school math and reading enrichment program for children from preschool through high school. It’s unlike any other academic program as Kumon is individualized for each child. The time-tested worksheet-based curriculum takes a step-by-step approach to learning, helping children develop strong math, reading and writing skills on the way to unlocking their true potential.

Over its 40 years in existence, the Franchise 500® has become both a dominant competitive measure for franchisors and a primary research tool for potential franchisees. Kumon’s position on the ranking is a testament to its strength as a franchise opportunity. With an extensive network of support, a franchise fee of just $1,000, and available startup cost assistance valued up to $36,000, Kumon is an attractive business opportunity for many aspiring entrepreneurs.

To view Kumon in this year’s full ranking, visit www.entrepreneur.com/franchise500. Results can also be seen in the January/February 2021 issue of Entrepreneur, available on newsstands January 19th.

Kumon is an ideal small business for professionals. Kumon Franchisees must have a four-year college degree, be proficient in math and reading, have investment capital of $70,000 and a net worth of at least $150,000. Kumon has been serving millions of children worldwide for over 60 years across 55 countries and continues to grow. For more information, click here.