Teaneck, NJ (January 11, 2017) – According to the recent Program for International Student Assessment (PISA) results, United States students have made great strides in the last two decades, but still lag behind in the global education ranking, failing to make the top 10 in the survey results. 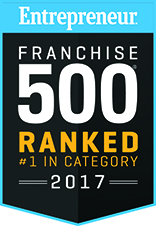 As parents continue to prioritize educational opportunities outside of the classroom in order to compete in today’s competitive environment, Kumon remains the leader in the education franchise industry.

For the 16th consecutive year, Kumon has been named the number one tutoring franchise in Entrepreneur’s annual Franchise 500 Issue. Kumon’s overall Franchise 500 ranking of 11th is the highest it’s ever received.

“Kumon’s consistently high industry rankings demonstrate our commitment to bringing the benefits of the Kumon Math and Reading Program to as many children as possible,” said Larry Lambert, vice president of franchise recruitment at Kumon North America, Inc. “This is evident through our continuous expansion into new markets and recent surpassing of a company milestone of 400,000 subject enrollments in North America.”

Kumon’s Presence in the United States

All Kumon franchisees receive initial financial incentives valued at $19,000 to assist in start-up costs. Franchisee support goes well beyond that, as Kumon assists all new franchisees in the development of a concrete business plan, supports local marketing with national student recruitment initiatives and provides ongoing training, and opportunities to learn from experts at annual conferences.

For those individuals with a passion for education and an entrepreneurial spirit, learn more about joining the number one education franchise.

Kumon is an ideal small business for professionals. Kumon Franchisees must have a four-year college degree, be proficient in math and reading and have investment capital of $70,000 and a net worth of at least $150,000. Founded in 1958, Kumon has over four million students enrolled in nearly 25,000 learning centers in 49 countries and regions. Kumon North America is headquartered in Teaneck, NJ.